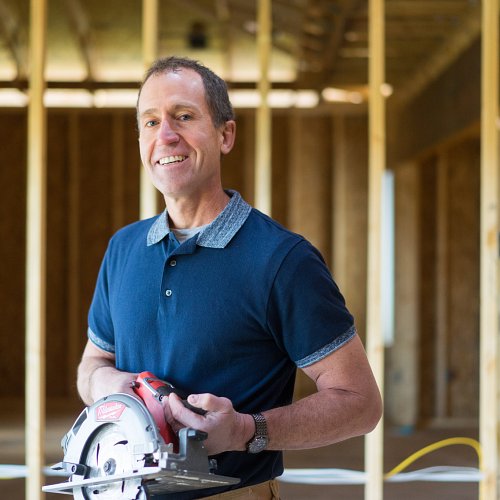 Steven Hostetter is a Harrisonburg native who has been working in the construction industry since 1985. He worked his way through college (EMU and JMU) doing custom construction, and after marrying his beautiful wife Maria (a nurse at Rockingham Memorial Hospital), they decided to settle in Harrisonburg for the long-term while they raised their two daughters, Jessica and Malia.

He launched Hostetter Construction in 1998 as a one-man remodeling company. Soon after, Steve added his cousin David Hostetter (who was already a seasoned builder for 18 years) and they began constructing custom homes for their clients from the ground up. Since then, their business has expanded and was renamed to Hostetter Custom Homes.

He also took over Building Energy Solutions in 2016, which supplies builders and home owners with insulated concrete forms and supplies to help produce strong, energy efficient homes. He is relaunching this new company as Rocktown ICF Supply.

On a personal note, Steve attends Harrisonburg Mennonite Church loves to work in his garden and spend time with his grandson Titus. 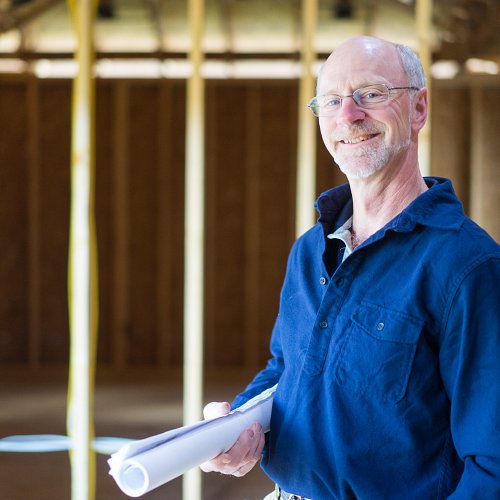 David Hostetter was born in Harrisonburg, VA but later, worked on the family farm near Elkhart, Indiana with his four brothers. With an early interest in building, David attended an intensive construction trade school while still in high school. After graduating, he attended Hesston College and then Purdue University, where he majored in commercial management. Afterword, he accepted a position as a project manager with Lantz Construction in Broadway, VA.

In 1987, David started his own business in residential construction and built homes for the following 17 years. In 1993, he married his beautiful wife Miriam Louise, had two wonderful children; Breanna Joy and Aaron Matthew.

In 2005, David decided he would prefer to work as a team with his cousin Steve Hostetter, so he joined Hostetter Custom Homes as job supervisor, estimator and finish carpenter.

On a personal note, David attends Ridgeway Mennonite Church and serves as a Trustee and in a few roles on the music team. In his limited free time, he loves to volunteer for local and overseas service projects. Most recently he has served in Chili, Trinidad, and West Virginia.